Skoch, a member of the Duma, the lower house of the Russian parliament, owns the plane through shell companies and trusts tied to his romantic partner, prosecutors said.

He was initially sanctioned by the U.S. Treasury Department in 2018 for alleged ties to Russian organized criminal groups. Treasury's Office of Foreign Assets Control (OFAC) issued further sanctions against Skoch in the wake of Russia's Feb. 24 invasion of Ukraine.

U.S. dollar payments for the registration and insurance of the plane continued to be made between 2018 and 2021, despite the sanctions, prosecutors said.

Moscow calls its activities in Ukraine a "special military operation." 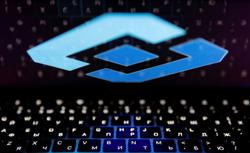