In the second incident, the militants ambushed and burnt three vehicles and five motorcycles in coordinated attacks in the same village, in a move that is likely to affect the planned polls on elections, Seda said.

No injuries were reported in the second attack, according to Seda.

"Security was mobilized to repulse the gang that is on the rampage," the regional police commander said on the phone, noting that the wounded officers were evacuated to a nearby hospital for attention.

The motive behind increased attacks in northeastern Kenya in the recent past has not been established but comes ahead of Tuesday's general elections. 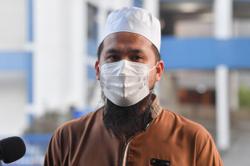