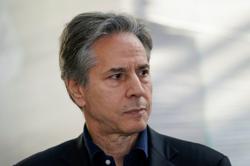 A closer look shows that as public testing sites run by state and local governments have dwindled, more U.S. states have also stopped giving daily data updates, creating a foggier look at the state of virus across the country, the report noted.

The reduction in public testing means that lab-based PCR testing capacity in July will be only half of what it was in March, said the report, citing a recent estimate by Health Catalysts Group, a research and consulting firm.

The report added that the vast majority of the positive results from popular home test kits are not included in official data, and not everyone who gets infected knows or gets tested.

Many Americans appear to be moving even further away from focusing on daily case counting - which, to be sure, have always been an undercount of total infections - as a measure of the nation's pandemic health. But other Americans with risk factors have said they feel ignored and abandoned as their governments and neighbors have sought a return to normal, according to the report.

The report pointed out that some scientists estimate that the current wave of cases is the second largest of the pandemic.

As states report less frequently, changes in the trajectory of the virus are slower to reveal themselves. Nearly every state reported the number of new coronavirus cases, hospitalizations and deaths for five days a week or more in 2020 and 2021, but 23 states now release new data only once a week, said the report.

As of Sunday, more than 113,000 new coronavirus cases were being reported each day in the United States, the report stated. Amesh Adalja, a senior scholar at the Johns Hopkins Center for Health Security at the Bloomberg School of Public Health, was quoted as saying that "That's not really a reflection of the total amount of virus circulating in the communities."

He told the newspaper that his "back of the envelope" estimate was about 1 million cases per day.