The festival, or "Frankfurt Chinafest," is aimed at promoting mutual understanding between cultures and deepening the friendship between China and Germany, according to the organizers.

Hundreds of visitors flocked to the three-day festival, which features a diverse program of stage performances along with activity tents and booths providing authentic Chinese snacks and cultural traditions.

Sun Congbin, Chinese Consul General in Frankfurt, said in an opening speech that "Frankfurt Chinafest" provides a platform for people-to-people exchanges ahead of the 50th anniversary of the establishment of diplomatic ties between China and Germany.

Juergen Scheuermann, former chairman of the council of Hanau city and president of Hanau-Taizhou Friendship Association, told Xinhua that Sino-German relationship is of great importance and their friendship is based on exchange and communication. 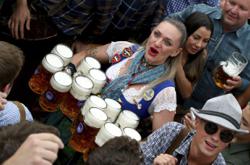 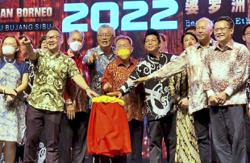