LISBON, June 29 (Xinhua) -- European Central Bank (ECB) President Christine Lagarde said on Wednesday that the world "will not return to the low-inflation environment" before the COVID-19 pandemic.

"There are forces that have been unleashed as a result of the pandemic, and as a result of this major geopolitical shock that we are facing right now, that is going to change the framework and the scenario in which we operate," she said at the ECB annual forum, held in Sintra, west of Lisbon.

On the other hand, the ECB president highlighted that the unemployment rate in the eurozone is at historic lows and that this is a sign that an economic recovery is already underway.

According to Lagarde, states should help the "most vulnerable" but not get into debt by giving "generalized" support to "indiscriminate segments of the population."

The ECB head stressed that it will be the responsibility of states to carry out "budgetary policies," non-monetary, to help those who are most exposed to price and interest increases.

In turn, chairman of the U.S. Federal Reserve (FED) Jerome Powell stated that "it is not known if we will go back to what we had before," which was "a period of disinflationary forces at a global level" driven by "globalization, aging demographic, low productivity and technology."

Powell said that the north-American economy is "robust" and is able to withstand the impact of rising interest rates determined in recent months. He said the FED would continue to raise rates to "slow growth and give supply a chance to recover." 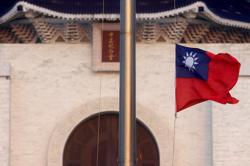