FILE PHOTO: A still image, taken from footage of the Supreme Court of the self-proclaimed Donetsk People's Republic, shows Britons Aiden Aslin, Shaun Pinner and Moroccan Brahim Saadoun captured by Russian forces during a military conflict in Ukraine, in a courtroom cage at a location given as Donetsk, Ukraine, in a still image from a video released June 8, 2022. Video taken June 8, 2022. Supreme Court of Donetsk People's Republic/Handout via REUTERS

LONDON (Reuters) -The European Court of Human Rights (ECHR) said on Thursday it had issued an order to Russia to ensure that two Britons captured after fighting for Ukraine do not face the death penalty.

Earlier this month, a court in the self-proclaimed Donetsk People's Republic (DPR) in eastern Ukraine sentenced British citizens Aiden Aslin and Shaun Pinner to death, accusing them of "mercenary activities".

The ECHR said it had issued an order for interim measures, telling Russia it "should ensure that the death penalty imposed on the applicants was not carried out; ensure appropriate conditions of their detention; and provide them with any necessary medical assistance and medication".

This month, the Russian parliament passed legislation to end the jurisdiction of Europe's top human rights court in Russia, and two weeks ago a Kremlin spokesman, in reference to another ECHR ruling, said Moscow no longer implemented its decisions.

The families of the two British men, who were contracted to the Ukrainian armed forces, deny that they were mercenaries.

The ECHR said the Britons had joined the Armed Forces of Ukraine in 2018 and had been deployed to the city of Mariupol where Ukrainian soldiers in their brigade surrendered to the Russian forces in April.

Britain has so far declined publicly to raise the issue with authorities in the DPR, whose independence is recognised only by Russia, instead saying it hoped Kyiv could secure the men's release.

The British foreign office had no immediate comment on the ECHR intervention.

Earlier this month, British ministers criticised the same court for issuing interim measures which blocked the first planned deportation flight of illegal immigrants from Britain to Rwanda. The government later brought forward a bill which would give it the power to ignore ECHR rulings. 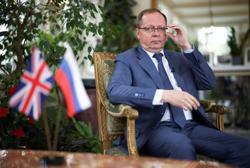 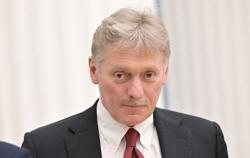