By Parisa Hafezi and Andrew Mills 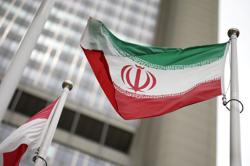 DUBAI (Reuters) -Indirect talks between Iran and the United States will start on Tuesday in Qatar's capital, the Iranian foreign ministry said on Monday, amid a push by the European Union to break a months-long impasse in negotiations to secure a 2015 nuclear pact.

Confirming the arch foes will meet in Doha this week, the U.S. State Department said Iran needed to decide to drop additional demands that go beyond the nuclear pact.

Earlier, a source briefed on the visit said that U.S. Special Envoy for Iran, Robert Malley, was expected to arrive in Doha on Monday and meet the Qatari foreign minister. An Iranian official also told Reuters that Iran's Bagheri Kani, would be in Doha for the talks on Tuesday and Wednesday.

The pact appeared close to being secured in March when the EU invited foreign ministers representing the accord's parties to Vienna to finalise an agreement after 11 months of indirect talks between Tehran and President Joe Biden's administration.

But the talks have since been suspended, chiefly over Tehran's insistence that Washington remove the Islamic Revolutionary Guard Corps (IRGC), its elite security force, from the U.S. Foreign Terrorist Organization list.

Last week, one Iranian and one European official told Reuters that Iran had dropped its demand for the removal of the IRGC's FTO sanctions, but still two issues, including one on sanctions, remained to be resolved.

The 2015 nuclear pact imposed curbs on Iran's nuclear activities in return for the lifting of international sanctions. Then-President Donald Trump pulled the United States out of the deal in 2018, reimposing tough economic sanctions on Tehran.

(Additional reporting by Andrew Mills in Doha and Humeyra Pamuk in MadridWriting by Parisa HafeziEditing by William Maclean, Bernadette Baum and Nick Macfie) 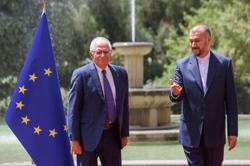