PARIS, May 26 (Xinhua) -- The RER B train service between Paris and its suburbs will go on strike on Saturday, the day of the Champions League football final, announced the RATP Group on Thursday.

Two out of three trains will run that day, and from 5 p.m. until the end of the service, four trains out of five will function.

However, connections at the Gare du Nord station, which links to other public transport and the SNCF train station, will not be guaranteed.

From May 23-25, RATP bus and tramway workers went on strike due to working conditions, and the government's decision to open up the bus system to competition by 2025. 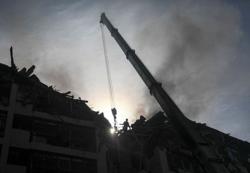