GENEVA (Reuters) - Countries have agreed to an initial U.S.-led push to reform of the rules around disease outbreaks, known as the International Health Regulations, after early opposition from Africa and others was overcome this week, sources told Reuters on Friday.

The amendments, once confirmed by the World Health Organization (WHO) assembly, are one of a handful of concrete outcomes from a meeting seen as a once-in-a-generation chance for the U.N. health agency to strengthen its role following some 15 million deaths during the COVID-19 pandemic. 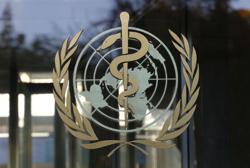