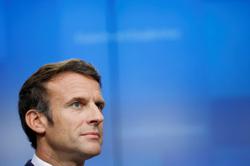 FILE PHOTO: French Member of Parliament Damien Abad talks to the media after a session of questions to the government, during the lockdown aimed at curbing the spread of the coronavirus disease (COVID-19), at the National Assembly, in Paris, France April 29, 2020. Ludovic Marin/Pool via REUTERS/File Photo

PARIS (Reuters) - The Paris prosecutor's office said on Wednesday it would not at this stage open a probe against an embattled new minister targeted by rape allegations, in a case that has overshadowed the start of French President Emmanuel Macron's new government.

Damien Abad, the minister for Solidarity and the Disabled, strongly denies the accusation published on Saturday by investigative website Mediapart and has rejected calls from the opposition to resign. 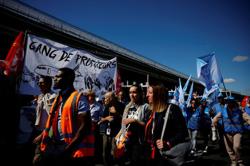