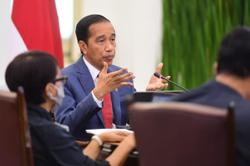 OTTAWA, May 3 (Xinhua) -- The Canadian government announced on Tuesday an investment to support the growth of the country's grain exports, at a time when the demand for Canadian grain products is on the rise on the global markets.

"Canadian grain producers are a key link in global food security. Today's investment will help industry organizations build new relationships in international markets so we can continue to feed a growing global population," Minister of Agriculture and Agri-Food Marie-Claude Bibeau said in a news release.

With funds of up to nearly 4.4 million Canadian dollars (3.5 million U.S. dollars), the Canadian government is supporting the sector by helping three organizations to identify new opportunities for Canadian grain products, including Cereals Canada Inc., Canada Grains Council, and the Prairie Oat Growers Association, according to the news release.

As the demand for Canadian grain exports continues to increase, it is important to ensure new trade opportunities that help strengthen the value chain, the news release said.

Meanwhile, Canada's federal, provincial and territorial ministers of agriculture met on Monday to speak about their ongoing concerns around global food supplies, food security and the supply of essential inputs, including fertilizers.

According to a readout of the meeting, the ministers discussed how to help maximize Canada's contribution to global food supply, and agreed to work together to stabilize the supply chain wherever possible.