BEIRUT, April 22 (Xinhua) -- Lebanon's tourism ministry inaugurated on Friday a Phoenician museum in the coastal city of Jounieh at a ceremony also held to celebrate Lebanon's membership in the Cultural Routes of the Council of Europe, the National News Agency reported.

"The presence of a Phoenician museum in this particular city is not only a revival of our ancient past and our pioneering role in the Mediterranean basin, but it also reflects faith in our present and a positive view of our future because the essence of human existence is this communication between the past, the present and the future," said Michel Mawad, president of the Lebanese American University, during the ceremony.

The opening of the Phoenician museum in Jounieh came a day after Lebanon's membership in the Cultural Routes of the Council of Europe, a program launched in 1987 to promote European cultural heritage.

"Lebanon's affiliation with the council allows Lebanese tour operators to cooperate with their foreign counterparts for Lebanon to become part of their organized trips and tours," said Lebanese Tourism Minister Walid Nassar.

Nassar emphasized the importance of tourism in Lebanon's economic growth, vowing to do his utmost to reinforce the country's position on the international tourism map.

According to official figures, tourism used to contribute to about 18 percent of Lebanon's economy, but the sector has been hit hard by the COVID-19 pandemic and Lebanon's unprecedented financial crisis. 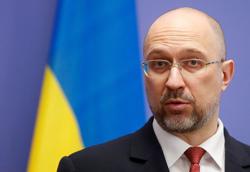