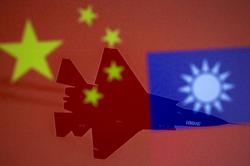 FILE PHOTO: Chinese and Taiwanese flags are displayed alongside a military airplane in this illustration taken April 9, 2021. REUTERS/Dado Ruvic/Illustration/File Photo

The ministry said some of those aircraft, including five nuclear-capable H-6 bombers, flew to the south of Taiwan into the Bashi Channel which separates the island from the Philippines. 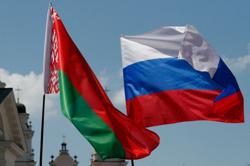