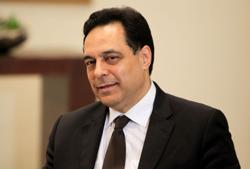 BEIRUT (Reuters) -Former Lebanese Prime Minister Hassan Diab filed a suit against the Lebanese state on Wednesday over his prosecution by Beirut blast investigator judge Tarek Bitar, one day before a scheduled interrogation by the judge, local media reported.

Bitar must pause his prosecution of Diab once he is officially notified of the case, lawyer Nizar Saghieh of watchdog group Legal Agenda told Reuters.

Bitar can continue his prosecution of others in the case, he said.

Diab, who has been charged over the Aug. 4. 2020 port blast that killed more than 215 people, has missed at least two interrogation sessions scheduled by Bitar, who has been spurned by nearly all top officials he has sought to question.

A lawyer representing Diab did not immediately respond to a request for comment.

Diab has argued that the judge does not have the authority to prosecute him, as have a number of former ministers charged by Bitar who have filed a slew of lawsuits and motions seeking to have the judge removed. 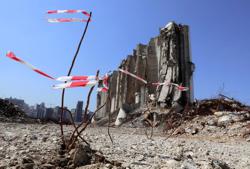