FILE PHOTO: A man holds a placard during a vigil to commemorate Giulio Regeni, who was found murdered in Cairo, in downtown Rome, Italy January 25, 2017. REUTERS/Alessandro Bianchi

ROME (Reuters) - An Italian prosecutor urged a Rome court on Thursday to forge ahead with the trial of four members of Egypt's security services over the disappearance and murder of student Giulio Regeni in Cairo, even though the suspects were not present.

Court-appointed defence lawyers for the four men said no one had been able to reach them in Egypt, meaning they did not know they had been charged, making the proceedings void.

However, addressing the opening of the trial, prosecutor Sergio Colaiocco said Egyptian authorities had obstructed the investigation and prevented Italy from contacting the suspects.

He said the four should be tried in absentia because it was impossible that they did not know about the high-profile case.

"What is at stake is Italy's right to hold a trial regarding a very serious crime that might have taken place abroad, but that involved an Italian citizen," Colaiocco told the court.

The judge was expected to rule on the matter later in the day.

Regeni, a postgraduate student at Britain's Cambridge University, disappeared in Cairo in January 2016. His body was found almost a week later and a post-mortem examination showed he had been brutally tortured before his death.

Italian and Egyptian prosecutors investigated the case together, but the two sides later fell out and came to very different conclusions.

Sharif has also been accused of "conspiracy to commit aggravated murder".

The suspects have never responded publicly to the accusations and Egyptian police and officials have repeatedly denied any involvement in Regeni's disappearance and killing.

Prosecutor Colaiocco laid out 13 points before the court that he said illustrated how Egypt had first tried to undermine the investigation and had then sought to prevent the suspects from being informed that they had been charged.

He said Egyptian investigators had dragged their feet in the case, ignoring 39 out of 64 separate requests for information. He said the material that was handed over was often useless, such as video from the metro station where Regeni had vanished and which was blank for the 20 minutes he had been there.

"There was a complete recording from the day before and from the day after. Of course it might be pure chance," he said.

He added that Italy had tried on around 30 occasions, through diplomatic and government channels, to obtain the addresses of the suspects, with the then prime minister Giuseppe Conte telling Egypt's President Abdel Fattah al-Sisi that the lack of cooperation was weighing on bilateral relations.

"I do not think it was humanly possible to do more (to find the four suspects)," Colaiocco said.

Regeni had been in Cairo to research Egypt's independent unions for his doctoral thesis. Associates say he was also interested in the long-standing domination of Egypt's economy by the state and military. Both subjects are sensitive in Egypt.

Egyptian police initially said Regeni died in a road accident. They later said he was the victim of a kidnapping by gangsters, who were subsequently killed in a shootout.

Egyptian prosecutors said last November that the person who murdered Regeni was still unknown but that they were temporarily closing the case. 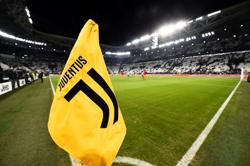