French President Emmanuel Macron delivers the closing speech at the national convention on mental health and psychiatry at the Ministry of Solidarity and Health in Paris, France, September 28, 2021. REUTERS/Gonzalo Fuentes

PARIS (Reuters) - France is preparing itself for a substantial conversation with Australia when the time comes after Canberra ditched a defence accord with Paris for a partnership with Britain and the United States, a French presidential official said on Tuesday.

France has accused its allies of stabbing it in the back when Australia opted for nuclear-powered submarines to be built with U.S. and British technology instead of a multi-billion dollar French submarine programme.

But while France has sought to mend fences with Washington, it has frozen its contacts with Canberra.

Paris had considered the partnership with Australia dating back to 2016 as the cornerstone of its Indo-Pacific policy and French officials say they feel particularly betrayed by Canberra, which they say gave them no indications despite beginning plans to switch deals 18 months earlier.

"This conversation (between President Emmanuel Macron and Prime Minister Scott Morrison) needs to be prepared in a serious way," a French presidential official told reporters in a briefing.

"It's not about whether there will be a conversation, but in the current context we need a substantial conversation. We are preparing it."

In the immediate aftermath of the submarine deal change, France recalled its ambassadors from Canberra and Washington. France's envoy to Washington is set to return to the United States on Wednesday.

The French official said no date had been set for the return of their Australian envoy although he would at some point to deliver a message that would frame future contacts between the two countries.

Australia has said it regretted the recall, and that it values the relationship with France and wants to keep engaging with Paris on issues, including the Indo-Pacific. 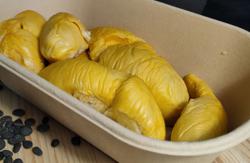