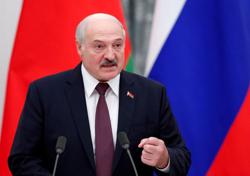 (Reuters) - Belarusian security forces shot dead a man during a raid on an apartment block in Minsk on Tuesday, the KGB security service said.

The man had opened fire against the security forces, one of whom also died, a statement said.

Reuters could not independently verify the statement or footage of the incident that was aired on Belarusian state television.

The official state news agency Belta reported the man was associated with the opposition movement, citing a lawmaker.

Forces loyal to Belarus President Alexander Lukashenko have unleashed a violent crackdown on protests following a disputed election last year, including searches of apartment blocks where they believed protesters were hiding.

In power since 1994, Lukashenko has defied opposition calls to step down and described the protesters as criminals bent on violent uprising.

The KGB described the man shot on Tuesday as a "terrorist" - language it has previously used to describe the protesters.

(Reporting by Natalia Zinets in Kyiv; editing by Grant McCool) 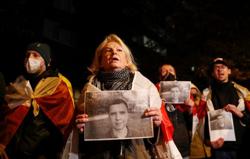