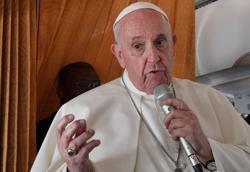 FILE PHOTO: The Archbishop of Cologne, Cardinal Rainer Maria Woelki, gives an update on the consequences and measures taken after an independent report on abuse cases at the Cologne archdiocese was released last week in Cologne, Germany, March 23, 2021. Oliver Berg/Pool via REUTERS

ROME/BERLIN (Reuters) - The Roman Catholic Archbishop of Cologne will take a break from his duties after committing "grave errors" in his handling of a crisis over clerical sexual abuse, but will retain his post, the Vatican said on Friday.

It was clear that Archbishop Rainer Maria Woelki needed "time to reflect, to renew and to reconcile", the Vatican said after talks between Pope Francis and Woelki on a crisis that has rocked the church in Germany.

"This has led Pope Francis to accommodate Cardinal Rainer Maria Woelki's wish for a spiritual time-out," the Holy See said in a statement.

The pope had dispatched two senior foreign bishops to investigate the Archbishop of Cologne's handling of sexual abuse allegations in Germany's largest archdiocese in May.

Woelki has been criticised for his handling of historic child sex abuse allegations, in particular for his decision to shelve a report into earlier wrongdoings by priests because of unspecified methodological shortcomings. 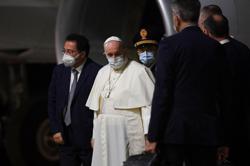 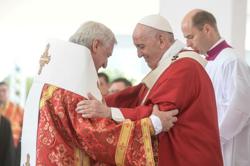