Last week, France recalled its ambassadors from the United States and Australia and accused Biden of stabbing it in the back after Australia ditched a $40-billion defense contract with Paris for the purchase of submarines and opted for U.S. submarines instead. 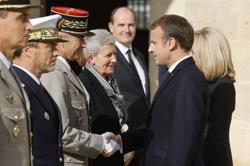