Pacquiao, currently a senator, was nominated by his PDP-Laban party allies during the group's national assembly, days after a rival faction nominated President Rodrigo Duterte as its choice for vice president and his long-time aide, Senator Christopher "Bong" Go, as the party's presidential candidate. 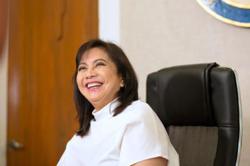