Sydney COVID-19 infections ease, but unclear if they have peaked 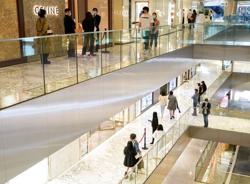 FILE PHOTO: A lone man wearing a protective face mask sits at an unusually quiet State Library on the first day of a lockdown as the state of Victoria looks to curb the spread of a coronavirus disease (COVID-19) outbreak in Melbourne, Australia, July 16, 2021. REUTERS/Sandra Sanders

SYDNEY (Reuters) -Sydney's COVID-19 cases rose at the slowest pace in nearly two weeks on Tuesday, but officials said they needed to see a steady drop in daily cases before deciding whether infections had peaked after 12 weeks in lockdown.

"It's too early to know if we're flattening the curve, but we're seeing, pleasingly so far, that cases haven't been increasing as fast as they have been," Jeremy McAnulty, NSW Executive Director of Public Health Response, told reporters in Sydney.

"We'll look to see what's happening throughout the rest of this week to know how we're going."

Nearly half of Australia's 25 million population is in lockdown, including people in Sydney and Melbourne, its largest cities, and the capital Canberra, as the country grapples with a third wave of infections from the fast-moving Delta variant.

Still, its coronavirus numbers are far lower than comparable countries, with around 77,000 cases and 1,102 deaths, and the mortality rate in the latest outbreak is lower than last year.

The lockdowns are expected to cause a sharp contraction in Australia's economy this quarter, Reserve Bank of Australia Governor Philip Lowe said on Tuesday, but he was confident activity would rebound quickly once restrictions were eased.

"We expect the economy to be growing again in the December quarter, with the recovery continuing into 2022," Lowe said in a speech.

Victoria state reported two new deaths and detected 445 new local cases, down from the year's high of 473 hit a day earlier, as it looks to accelerate the vaccination rollout in Melbourne's hardest-hit suburbs, the state capital.

The federal government plans to move an additional 417,000 vaccine doses over the next three weeks for residents in Melbourne's north and west, where most new infections are being detected. Pop-up hubs will be set up in schools, community centres and places of worship.

Authorities on Tuesday extended the lockdown in Canberra for four weeks until Oct. 15 as it reported 22 new local cases, up from 13 a day earlier. 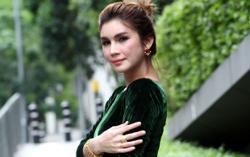 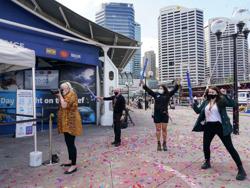