BEIRUT (Reuters) - Three people were killed on Sunday in an ambush on Shi'ite mourners in a town south of Beirut, a day after a revenge killing of a member of Lebanon's Hezbollah group, a senior source in the group said.

The three were shot in the town of Khaldeh, where sectarian tensions have long flared between the town's mixed Shi'ite and Sunni residents.

Footage of a video broadcast on Hezbollah's Manar TV channel showed a volley of gunfire being fired on the convoy of mourners arriving at the home of the slain member of Shi'ite group Hezbollah.

Iranian-backed Hezbollah, Lebanon's most powerful armed group, in a statement urged the authorities to pursue the culprits saying the incident reflected lawlessness and bigotry.

Sunni Arab tribes who reside in the town said in a statement after the slaying of Hezbollah member Ali Shibli on Saturday, during a wedding, that they had taken revenge for the death of one of their relatives during earlier sectarian clashes in the same area.

Politicians voiced concern over the incident as it continued to unfold, reflecting a country on edge amid fears it could escalate and compound multiple crises in Lebanon amid a political vacuum. 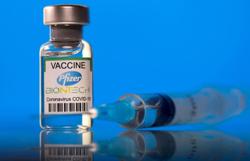