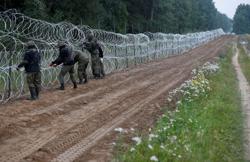 WARSAW (Reuters) - Poland's president said on Friday changes were needed to the country's system for disciplining judges, but did not say what steps he would support that could help Warsaw avoid financial penalties from the European Union.

The EU's top court ruled on July 15 that a disciplinary chamber at the Supreme Court, set up by Poland's ruling nationalists, does not guarantee the judiciary's independence and undercuts the bloc's laws.

The ruling stepped up a dispute over the rule of law between Warsaw and the European Commission, the EU executive, that could lead to Poland facing fines if it misses an Aug. 16 deadline to disband the disciplinary chamber and even to an eventual loss of funding.

This could be a big problem for the ruling Law and Justice (PiS) party as it tries to boost Poland's economy after the COVID-19 pandemic, and the dispute has exposed cracks in the governing coalition.

Malgorzata Manowska, the head of Poland's Supreme Court wrote to President Andrzej Duda urging him and lawmakers to make changes to create an effective system for disciplining judges that cannot be called into question.

It was not immediately clear what changes Duda would support, or how far they should go.

PiS lawmakers underline that the judiciary is outside the EU's jurisdiction, but have said they are considering organisational changes to the disciplinary panel.

Legal experts suggest cosmetic changes would not be enough to satisfy the EU's top court.

"The only way out is for the Polish authorities to guarantee full compliance with the order and the judgement of the Court of Justice," said Laurent Pech, Professor of European Law at Middlesex University, London.

Not all members of the governing coalition agree on how to resolve the dispute.

Deputy Prime Minister Jaroslaw Gowin, whose Accord party is a junior coalition member, has said conflicts that could risk Poland losing funds "make no sense at all".

Lawmakers from another coalition partner, the eurosceptic United Poland party whose leader was the architect of the government's overhaul of the judiciary, say Poland must not be seen to bow to pressure from Brussels.

"We are discussing some changes in the Supreme Court. However we would not present them at the request of the European Commission. It's our sovereign decision if we decide to change anything," said one of its senior members, Deputy Justice Minister Sebastian Kaleta. 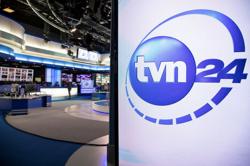