One rocket landed in a parking lot inside the Green Zone and a second one hit a nearby empty area, said the sources.

The Green Zone hosts foreign embassies and government buildings and is regularly the target of rockets fired by groups that U.S. and Iraqi officials say are backed by Iran. 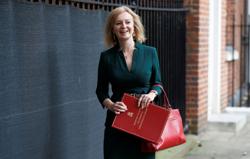