DUBAI (Reuters) -Iran’s supreme leader promoted a hardline cleric to serve as head of the judiciary on Thursday, amid international calls for investigations into allegations of abuses.

Ejei was put on U.S. and EU sanctions blacklists a decade ago for his role in a crackdown on a popular uprising when he served as intelligence minister during a disputed election.

The choice of someone with such a high profile as a hardliner could draw further attention to allegations of past abuses by Iran at a time when the new U.S. administration is trying to negotiate a thaw with Tehran.

This week, a U.N. expert called for a new investigation into Raisi's alleged role in the deaths of thousands of political prisoners when he served as a judge in the 1980s. Raisi denies wrongdoing.

Rights groups have criticised the election of Raisi in a vote in which prominent rivals were barred from standing.

The U.N. investigator on human rights in Iran, Javaid Rehman, told Reuters this week there should be an independent inquiry into allegations of state-ordered executions of thousands of political prisoners in 1988, and the role played by Raisi as Tehran deputy prosecutor at the time.

"As I have described in my reports, there is a widespread and systemic impunity in the country for gross violations of human rights, both historically in the past as well as in the present," he said. "There are very few if any real avenues for accountability in line with international standards within domestic channels."

Iran has repeatedly dismissed the criticism of its human rights record as baseless and a result of a lack of understanding of its Islamic laws. It says its legal system is independent and not influenced by political interests.

Amnesty International and Human Rights Watch said last month that Raisi's election was a blow for human rights and called for him to be investigated over his role in the 1988 executions. 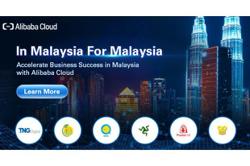