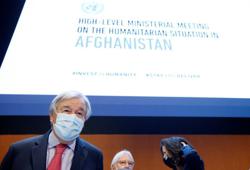 NEW YORK (Reuters) - U.N. chief Antonio Guterres pushed the 193-member General Assembly on Friday to tell Myanmar's military that democracy must be reinstated, political detainees must be freed and human rights abuses and killings must stop.

"We cannot live in a world where military coups become a norm. It is totally unacceptable," Guterres told reporters.

Myanmar has been in turmoil since the military overthrew Aung San Suu Kyi's government, citing its refusal to address what it said was fraud in a November election. International observers have said the ballot was fair.

The junta's forces have killed more than 860 people since the Feb. 1 coup, according to the Assistance Association for Political Prisoners group. The junta has said the number is much lower.

The General Assembly on Friday was set to call for a stop to the flow of arms to Myanmar and urge the military to respect November election results and to release political detainees, including leader Aung San Suu Kyi, diplomats said.

It was not immediately clear if any countries would call for a vote on the draft General Assembly resolution or if it would be adopted by consensus. Diplomats said the text had enough support to pass if put to a vote.

"I hope that the General Assembly will be able to send a very clear message," Guterres said.

The draft General Assembly resolution also calls on Myanmar to swiftly implement a five-point consensus the junta forged with the Association of Southeast Asian Nations (ASEAN) in April to halt violence and start dialogue with its opponents. 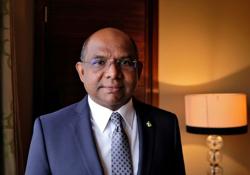