U.S. provides over $181 million to avert famine in Tigray, Ethiopia

WASHINGTON (Reuters) - The United States is providing more than $181 million to deliver food, water and aid to feed more than three million people it said were facing famine in the Tigray region of Ethiopia, where thousands have been killed since conflict erupted in November.

The aid, provided through the U.S. Agency for International Development (USAID), will provide enough food to feed three million people for nearly two months as well as seeds, tools and fertilizers to help farmers replant crops, according to a statement from USAID.

The agency will also provide safe spaces and psychological support for women and girls as well as case management for survivors of gender-based violence, according to the statement.

"The already dire situation in Tigray is deteriorating at alarming speed. As a result of the conflict, nearly 90 percent of Tigray’s population — as many as 5.2 million people — need urgent assistance," USAID said, calling on other donors to "urgently step up" and increase contributions.

Thousands of people have been killed since the conflict erupted, 2 million have been forced from their homes and 91% of the population of nearly 6 million are in need of aid, according to the latest report by the U.N. Office for the Coordination of Humanitarian Affairs.

USAID in the statement called on the Ethiopian government to remove what it said were barriers that prevent aid workers from saving lives and said all parties to the conflict must take immediate steps to protect the workers.

The United States has contributed nearly $487 million in humanitarian assistance since the crisis began, according to the statement.

(Reporting by Daphne Psaledakis in Washington and Michelle Nichols in New York, Editing by Chris Reese) 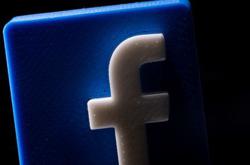 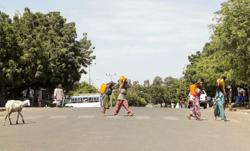