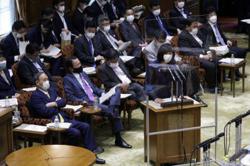 TOKYO (Reuters) - Ruling party lawmakers in Japan, where lockdowns mostly entail voluntary compliance, hope the COVID-19 pandemic will build momentum to amend the post-war constitution and give the cabinet broad powers in crises.

Although such a step might not come for years, the debate has garnered new attention amid the pandemic. Popular dissatisfaction with the government response to the coronavirus has created support for an emergency clause, with a Kyodo news agency survey last month showing 57% in favour.

The shift in sentiment comes as parliament prepares to revise a law on holding national referendums on changing the constitution. The aim of the revisions is to make it easier to vote, such as by improving access to polling places.

But the revisions, expected to pass this month, coincide with fresh calls by lawmakers in Prime Minister Yoshihide Suga's Liberal Democratic Party for a constitutional amendment allowing the cabinet to limit civil rights in a national emergency.

A referendum - needed for such an amendment - can only be held after two-thirds of both houses of parliament approve, a high hurdle given divided public opinion.

Conservatives, many of whom see the U.S.-drafted constitution as a symbol of humiliating defeat in World War Two, have long wanted to amend the charter's pacifist Article 9. But the pandemic has shifted attention to an emergency clause. The constitution has not been amended since it took effect in 1947.

Proponents say an emergency clause is needed to cope with crises such as pandemics, enemy attacks and disasters.

LDP Deputy Secretary General Masahiko Shibayama said the constitution allows passing laws that would restrict individual rights to protect the public welfare but in a sudden crisis, that could take too much time.

In such a situation, he told Reuters, "If the government cannot issue orders with the force of law, they could not protect people's lives."

Critics say the LDP proposal would cede too much to the cabinet.

An emergency clause "would give the cabinet the power to create a secret government during an emergency that the cabinet itself would declare," said former Meiji University law professor Lawrence Repeta. "It would be the very antithesis of the constitutional democracy we have today."

Tokyo Metropolitan University professor Sota Kimura and other scholars and health experts dismissed suggestions that a constitutional flaw had hindered Japan's approach to the pandemic.

"I don't think a lack of an emergency clause is the reason the COVID-19 response has not gone well. The problem is incompetent politicians," said Keio University professor Satoshi Yokodaido.

Suga has been wary of tough steps because of their impact on the economy.

How soon any amendment might be put to voters is unclear.

The LDP and allies must first keep their two-thirds lower house majority in an election this year. And the revised law requires lawmakers to within three years decide on limits to advertising before a plebiscite.

Seeking parliamentary approval of an amendment before the advertising issue is resolved would be "politically difficult", veteran LDP lawmaker Hajime Funada told Reuters. 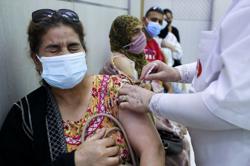 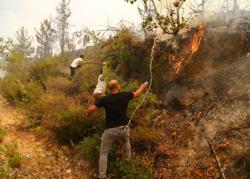