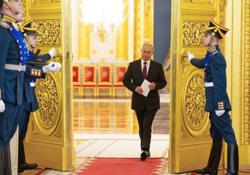 BERLIN (Reuters) -Military cooperation in the European Union will get a boost as the 27 nation bloc is admitting for the first time outside partners such as the United States, Canada and Norway into one of its projects, Germany said on Thursday.

"It will be a quantum leap in terms of concrete cooperation," German Defence Minister Annegret Kramp-Karrenbauer said ahead of the first in-person meeting with her EU counterparts in over a year in Brussels.

The EU project on military mobility is designed to facilitate the movement of troops across Europe, something NATO deems as crucial in the event of a conflict with Russia.

While NATO has spearheaded efforts to reduce conflicting regulations across 27 EU countries for transfers of U.S. troops, the EU has a budget to back the reconstruction of bridges too weak for tanks and has more power over changing bloc-wide rules.

"Talking about military mobility, making sure that troops can be moved across borders within Europe is a very important issue not only for the European Union but also for NATO," Kramp-Karrenbauer said.

The decision, to be formally taken by EU defence ministers on Thursday, means NATO members Norway, Canada and the United States also become the first foreign countries to collaborate in the EU's Permanent Structured Cooperation (PESCO) pact, which aims to deepen defence ties.

The pact was agreed by EU leaders in December 2017 after Russia's annexation of Crimea from Ukraine in 2014.

The bloc has since earmarked 1.7 billion euros ($2 billion) from its joint budget until 2028 to improve so-called military mobility in support of NATO. The NATO alliance has 30 allies, many of whom are also EU members.

Military mobility aims at improving the exchange of information between EU countries and cutting red tape at borders, including harmonising customs rules to allow for swift deployments and easier transport of military equipment.

At their meeting in Brussels, EU defence ministers will also discuss the situation on the Ukrainian border where Russia had concentrated tens of thousands of troops a few weeks ago, the EU's foreign policy chief, Josep Borrell said.