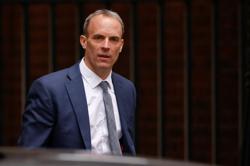 FILE PHOTO: A staff member removes the Iranian flag from the stage after a group picture with foreign ministers and representatives of the U.S., Iran, China, Russia, Britain, Germany, France and the European Union during the Iran nuclear talks at the Vienna International Center in Vienna, Austria July 14, 2015. REUTERS/Carlos Barria/File Photo

WASHINGTON (Reuters) - The White House said on Tuesday there is no agreement with Iran on an exchange of prisoners but that attempts to gain freedom for four Americans held by Tehran are ongoing. 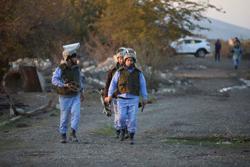