(Reuters) - The Washington D.C. police department's server has been hacked, U.S. media quoted it as saying, in an attack that news agency AP reported https://bit.ly/3xujeCG had been claimed by a Russian-speaking ransomware group.

The department said it was still assessing the extent of the unauthorized access.

"While we determine the full impact and continue to review activity, we have engaged the FBI to fully investigate this matter," the district's Metropolitan Police Department said in a statement cited late on Monday by outlets including AP and NBC News.

The statement did not identify suspects for the attack, according to the reports. The department did not immediately respond to Reuters' request for comment.

AP said there was no indication of any police operations being affected, though it added that ransomware group Babuk had claimed responsibility, and to have stolen sensitive data, including on informants, that it had threatened to share with criminal gangs.

Ransomware groups hold files and networks hostage unless a payment is made.

The Department of Homeland Security's Secretary Alejandro Mayorkas said last month that dealing with such groups had become his department's top priority.

(Reporting by Bhargav Acharya in Bengaluru; editing by John Stonestreet) 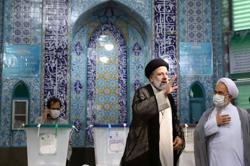