LONDON (AP): Tottenham has fired manager Jose Mourinho, a person with knowledge of the situation told The Associated Press on Monday.

The person spoke on condition of anonymity because the decision has not yet been made public by Tottenham.

Mourinho took over in November 2019. His firing comes with seventh-place Tottenham outside the Champions League places but with a League Cup final against Manchester City on Sunday. 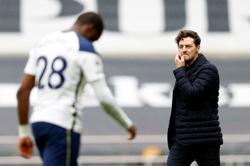