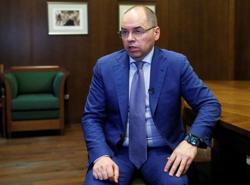 VILNIUS (Reuters) - The foreign ministers of EU members Estonia, Latvia and Lithuania arrived in Ukraine on Thursday morning to show solidarity with the country in the face of a Russian military buildup, an Estonian ministry spokeswoman said.

"The mission of the joint visit is to express strong support to Ukraine and reconfirm support for its territorial integrity and sovereignty," spokeswoman Aari Lemmik told Reuters.

"In recent weeks we have seen an unfortunate spike of violence and intensity of the armed confrontation in Donbass, and we are really worried about the buildup of Russian troops that have been deployed along the border of Ukraine and the occupied territories", she said.