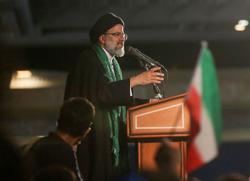 ZURICH (Reuters) - Switzerland's executive government on Monday urged voters to back the nation's COVID-19 law, which is being challenged by people who fear it eases approval requirements for vaccines and has shifted too much political power away from parliament.

With Switzerland's direct democracy, voters go to the polls on June 13 to weigh in on whether the law to help combat the pandemic went too far. The seven-member executive on Monday agreed at a closed-door session to recommend to voters to back the law.

Switzerland passed the COVID-19 law last September, after concluding rules needed tweaking to react sufficiently to fast-evolving infection numbers and subsequent economic fallout. Among other things, the law governs how financial aid is split among hard-hit businesses and employees who risk losing their livelihoods, without measures to soften the blow.

"The law makes it possible to continue with financial help," the government said in a statement. "More than 100,000 companies and more than a million people have been and are dependent on this financial assistance."

Foes, however, contend the law opens the door to an accelerated review of what the campaign calls "hardly tested gene vaccines with long-term effects", leaving the population vulnerable.

Moreover, the group -- calling itself "Friends of the Constitution" -- also said emergency measures meant to combat the pandemic disproportionately shift power away from parliament and toward the Federal Council, Switzerland's executive branch.

"The Federal Council deserves to be taught a lesson," according to the foes' website.

The government on Monday countered their claims, saying while the national law does offer leeway for exceptional drug approvals for people who are severely ill, it does not weaken the vaccine-approval process.

"Vaccines will be approved during the pandemic only after they have been deemed safe," the government said, adding most of the law is due to expire by next year.