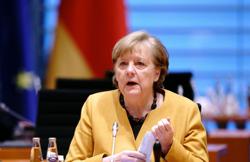 BERLIN (Reuters) - Support for German Chancellor Angela Merkel's party has fallen further, a poll released on Sunday indicated, with the ecologist Greens closing in to just two points behind them ahead of a national election September.

With popular frustration growing over Merkel's government's management of the coronavirus pandemic, support for Merkel's Christian Democrats (CDU) and their Bavarian CSU sister party - together dubbed the ‘Union’ - dropped to 25%, the Kantar poll showed.

The fall of two percentage points from the previous week was the fourth consecutive decline in support for the conservative alliance to a level not seen since early March last year.

The CDU suffered defeats in two state elections earlier this month, dogged by frustration over the sluggish COVID-19 vaccine campaign, flip-flopping over virus restrictions and a face mask procurement scandal.

"There is a change of mood in the country," Bavarian premier and CSU leader Markus Soeder, who is a possible contender to be the conservative candidate for chancellor, told the Bild am Sonntag newspaper.

"The Union must show that it still has strength and ideas and is not exhausted and worn out. It needs new beginnings now."

Support for the Greens rose 1 percentage point to 23%, according to the poll for Bild am Sonntag by Kantar, which canvassed 1,447 voters between March 18-24.

The left-leaning Social Democrats (SPD), currently in an awkward ‘grand coalition’ with the Union, were steady at 17%. The business-friendly Free Democrats (FDP) and the far-right Alternative for Germany (AfD) were unchanged on 10%, while the far-left Linke rose one point to 9%. 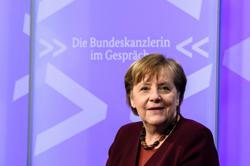 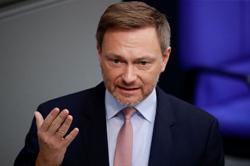