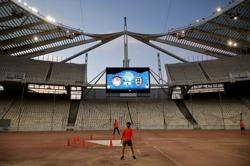 "Greek society underwent a shock when it began to learn about its hidden facades," Mitsotakis told parliament.

The measures he outlined include stricter penalties for crimes against sexual freedom, changing the statute of limitations for cases of child abuse, creating a registry for professionals who work with children and a website where victims can submit allegations in real time.

A number of allegations have surfaced since January, when Olympic sailing champion Sofia Bekatorou testified in court that she had been sexually assaulted as a 21-year-old in 1998 by a sports official. No case was brought against the man, as the statute of limitations had passed.

But her account - and the outpouring of support it provoked - prompted dozens of actors, singers, athletes and students to come forward in what Greeks have compared to the #MeToo movement in the United States and elsewhere.

The former head of the National Theatre, Dimitris Lignadis, is facing child rape allegations after two men who say he raped them when they were minors filed lawsuits against him.

Lignadis, who is in custody, is expected to appear before a prosecutor later on Thursday for a plea hearing. He denies all allegations and his lawyer has called them a "crude fabrication."

His case has become a major political issue, with the leftwing opposition calling on Culture Minister Lina Mendoni to resign, accusing her of protecting Lignadis.

Mitsotakis said he backed Mendoni and accused opposition leader Alexis Tsipras of seeking to exploit the scandal for "populist" purposes.

According to a November survey by Actionaid, 85% of female respondents said they have experienced sexual harassment at work. Another poll last month by ProRata found more than 90% of those who said they had been harassed or abused did not believe they could get any legal redress. 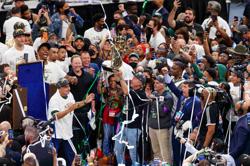 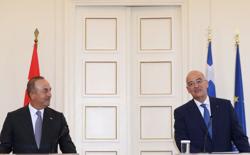