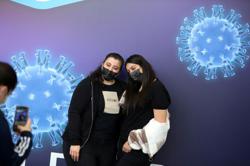 CAIRO, Jan. 24 (Xinhua) -- Turkey announced on Sunday that 6.5 million more doses of COVID-19 vaccines would arrive in Turkey from China. Meanwhile, the Israeli cabinet approved a ban on international flights in a bid to prevent the arrival of new COVID-19 variants.

Turkish Health Minister Fahrettin Koca said in a tweet that the arrival of new Chinese vaccines on Monday are part of the second planned shipment of 10 million doses of the vaccines developed by the Chinese company Sinovac.

After receiving the first batch of 3 million doses of vaccines from China at the end of December, Turkey launched the mass vaccination program on Jan. 14. More than 1.24 million people have been vaccinated so far.

Israeli cabinet on Sunday approved a ban on passenger flights to and from the country, in a bid to prevent the spread of new COVID-19 variants.

Under the ban, Israel's international Ben Gurion Airport will be closed for all outgoing and incoming international flights, except for some emergency cases.

Israeli Health Minister Yuli Edelstein said that his ministry was worried about the arrival of new variants. "One of the new variants is already in Israel and is clearly partly responsible for the high infection numbers," he said.

Israel is under its third nationwide lockdown, which started on Dec. 19, 2020 and is expected to be lifted on Jan. 31.

Sima Sadat Lari, spokeswoman of Iran's Ministry of Health and Medical Education, said that 1,164,794 COVID-19 patients have recovered in Iran, while 4,090 others were currently in critical condition.

The ministry also reported five new deaths, raising the death toll in Iraq to 12,993, and 1,704 more recovered cases, bringing the total recoveries to 581,542.

Morocco reported 520 new COVID-19 cases, taking the total number of infections in the country to 466,289.

Saudi Arabia recorded 186 new coronavirus infections and two more fatalities from the virus, taking its total confirmed COVID-19 cases to 366,371 and its death toll to 6,352. The total recoveries in the kingdom soared by 211 to 357,939.

Kuwait reported 384 new COVID-19 cases, raising the tally of infections to 161,285, while the death toll remained at 952. The Kuwaiti Health Ministry also announced the recovery of 507 more patients, taking the total recoveries to 154,253.

In Oman, the health ministry confirmed 558 new COVID-19 infections and four more fatalities, raising the total confirmed cases in the country to 133,044 and its death toll to 1,521. Meanwhile, 1,532 people recovered in Oman during the past 72 hours, taking the total recoveries to 126,262.

Omani Health Minister Ahmed Al Saidi said that the rate of positive COVID-19 cases has dropped in Oman since mid-October but it is likely to resurge, "considering the continuation of the pandemic globally."

Qatar's Health Ministry announced 247 new COVID-19 infections, raising the total number of confirmed cases in the Gulf state to 149,019. The overall recoveries in Qatar increased by 118 to 144,858, while the death toll remained at 248. 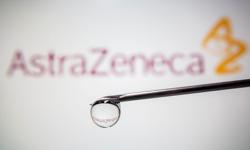