By Catarina Demony and Sergio Goncalves

A closed school is seen during the country's lockdown, amid the coronavirus disease (COVID-19) pandemic, in Oeiras, Portugal January 22, 2021. REUTERS/Pedro Nunes

LISBON (Reuters) - Portugal is running out of hospital beds across the public and private sectors, the head of its private hospital association said as the daily COVID-19 death toll reached a record high on Friday for the fifth day in a row.

The country of 10 million people, which fared better than others in the first wave of the pandemic, now has the world's highest seven-day rolling average of new cases.

"We are experiencing a war-like situation. We don't have enough beds - in the national health service, private or social sector - to deal with a pandemic progression of 13,000 to 14,000 new cases a day," Dr Oscar Gaspar said.

Schools were closed on Friday for the first time since March as spiralling coronavirus cases forced the government to step up its response to the pandemic. Portugal has been in lockdown since Jan. 15, with non-essential businesses closed and most people confined to their homes.

"There is more fear now than before ... much more," said 78-year-old retiree Maria Madalena, one of the few people out walking in Lisbon's streets on Friday.

Rosangela Silva, 53, who has no option but to leave home every day for work taking care of a 93-year-old woman, worried that some people were not wearing mandatory face masks. "I am much more afraid," she said.

Private hospitals have offered just over 1,000 beds - around 10% of their capacity - for COVID and non-COVID public healthcare patients since the government asked for help in November. The other beds are nearly full with private patients, Gaspar said, criticising the government for asking for help too late.

The Health Ministry did not respond to a request for comment on Gaspar's criticism or on the fact that some patients say they are switching to private hospitals for fear public ones would be too swamped to take care of them properly.

"I needed a hospital on Saturday but I went to CUF (a private hospital) because I don't want to go to public hospitals. I would prefer not eating for a month than going there," Madalena said.

Pressure on the health system is pushing up non-COVID deaths, Health Ministry data shows. They were at their highest since records began at 491 on Thursday, above the average of around 400 deaths a day in January.

Nearly half the deaths on Friday were reported in the Lisbon area, where a more contagious variant of the coronavirus first detected in Britain is spreading fast, said Luis Menezes, CEO at Unilabs, the group performing most coronavirus tests.

"Experts say the country should do more testing but testing is not increasing at the same pace as the pandemic," Menezes said, saying due to a lack of health workers available to "track and trace" infections many of those with no symptoms were no longer being tested.

In Lisbon alone, 30% of Unilabs' positive tests were of the new variant, Menezes said. 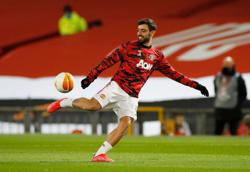