The silent epidemic: Abuse against Spanish women rises during lockdown 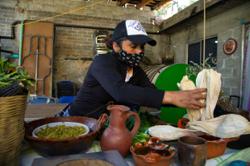 FILE PHOTO: A protester with her mouth covered with a tape takes part in a demonstration against a Spanish court which sentenced five of six men accused of gang-raping a 14-year-old girl to 10 to 12 years in prison for sexually abusing the minor, but acquitted them of rape, outside the Justice Ministry in Madrid, Spain November 4, 2019. The placard reads: "I'm here for the ones who aren't." REUTERS/Sergio Perez/File Photo

MADRID (Reuters) - Fewer Spanish women were killed by their partner or ex-partner in 2020 than in previous years, but that statistic masks a rise in gender-based violence as COVID lockdowns left victims confined with their abusers, rights groups and officials say.

"Control-based violence - which doesn't murder, but is insidious and devastating - grew, because violent partners already had women under their physical control," Victoria Rosell, the ministry's top official on gender abuse issues, told reporters on Wednesday.

In 2020 overall, calls to the government's abuse helpline rose 15% while emails increased more than 230%, but contact with victims was often lost as enforced cohabitation pushed women to seek help silently to avoid partners' reprisals.

"So many called, but we lost the trail of half, because we couldn't call them back. They'd ring saying, 'I can speak now because I've taken the dog out' - then they'd disappear," said Carmen Benito, president of the Women's Association Against Abuse.

The combination of curbs on movement and economic hardship also meant fewer women sought to leave, giving rise to fewer violent confrontations - a determining factor in the fall in the number of partner-on-partner killings to 45, the lowest since records began in 2003.

Attempting to leave an abusive partner frequently carries the highest risk of physical violence, said domestic abuse survivor Ana Bella, who heads a network for women victims of gender-based violence that received four times more calls for help once the pandemic began than in 2019.

"Abuse hasn't decreased: opportunities for the victim's entourage to gain access and help her break the silence have," she said.

Non-physical abuse has also increased, with women's associations citing cases of men rationing food, sequestering partners in a single room or depriving them of communication.

"Women were alone with their aggressors, had no contact with neighbours, family, or friends," said lawyer Irene Ramirez, who volunteers for the Commission Investigating Mistreatment of Women, an NGO.

"They endured psychological, emotional and economic violence... and the health system's collapse prevented many who'd been assaulted from reaching medical centres."

The pattern in Spain has been replicated elsewhere, with the World Health Organization saying hotline calls increased 60% in Europe, and Pope Francis decrying the rise in abuse. 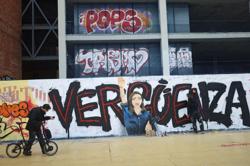 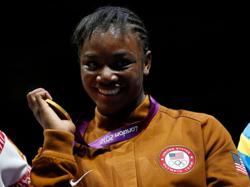