Ex-minister dies of COVID as Japan closes to foreigners

TOKYO (Reuters) - A 53-year-old former Japanese minister has died of COVID-19, his party said on Monday, becoming the first incumbent lawmaker to succumb to the disease in a nation scrambling to shut its doors to foreign travellers.

Yuichiro Hata, who was transport minister in 2012 and is the son of former Prime Minister Tsutomu Hatawho, died on Sunday, the Constitutional Democratic Party of Japan said.

Japan on Monday started banning non-resident foreign nationals from entering following the detection of a new, highly infectious coronavirus variant linked to a rapid rise in infections in Britain.

"They say that no evidence is showing the vaccines that are already being administered overseas are not effective against this variant, and anti-infection steps for it are unchanged from those for the conventional virus," Suga said.

"The virus recognises no year-end or New Year holidays. I ask each minister to raise the level of their sense of urgency and thoroughly carry out counter measures," he told a meeting of the government's taskforce on coronavirus responses.

Japan is facing a third wave of infections, with daily cases hitting a record 3,881 on Saturday, according to public broadcaster NHK.

A Japanese business traveller at Tokyo's Haneda airport, where people were sparse, said the government should do more.

"Even though Japan is doing things to counter the variant, there are still reports of cases in Japan," 56-year-old Seiji Oohira said on arriving from India, where he works for a construction-related company.

"So I think it's better to tighten the restrictions even a little bit further." 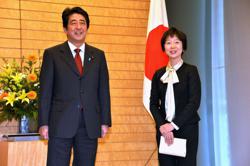 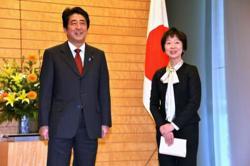