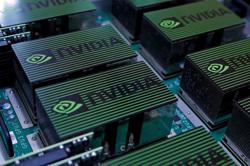 SAN FRANCISCO, Nov. 10 (Xinhua) -- Apple on Tuesday introduced a new MacBook Air, 13-inch MacBook Pro, and Mac mini powered by M1 chip, the first in a family of chips designed by Apple specifically for the Mac.

"The introduction of three new Macs featuring Apple's breakthrough M1 chip represents a bold change that was years in the making, and marks a truly historic day for the Mac and for Apple," said Tim Cook, Apple's CEO.

M1 is the first personal computer chip built using 5-nanometer process technology and is packed with 16 billion transistors, the most Apple has ever put into a chip, the company said.

All new Macs come with Big Sur, the latest version of Apple's desktop operating system, and iPhone and iPad apps can now run directly on the Mac, according to the company.

The new generation of Mac with M1 is now available to order and will begin arriving to customers starting next week, Apple said.