By Unreguser and Liu Fang PARIS, Oct. 23 (Xinhua) -- Following Spain, France on Friday became the second country in Europe to pass the grim one-million mark, after new COVID-19 infections surged by over 40,000 for the second day in a row, health authorities reported.

The number of hospitalized COVID-19 patients reached 15,008, up by 976 in one day, exceeding the 15,000 threshold for the first time since May 25. That includes 2,441 serious cases in intensive care units, occupying nearly half of the country's 5,100 resuscitation beds.

To date, 2,073 clusters are under investigation, of which 477 are in nursing homes. This represents 184 additional outbreaks in 24 hours.

The "grave" resurgence of the epidemic has forced the government to extend curfews, imposed since Saturday on Paris and eight other major cities, to 38 other departments. The restrictive measure now involves 46 million residents who are asked to stay home from 9 p.m. to 6 a.m. starting from Friday midnight.

Since the end of September when infection cases soared up, France had already put in place extra measures in regions on maximum alert, including the closure of bars, pools and gyms. Entertainment facilities including circus, dance clubs, trade shows are banned. All outdoor facilities, such as stadiums, can open for no more than 1,000 people.

"By the middle of next week, we will have a clearer picture of the impact of the measures we have taken... And we will have decisions to make in the next few weeks to adjust things," President Emmanuel Macron said during a visit to a hospital in Pontoise, northwest Paris.

It was too early to say if France is heading towards new nationwide confinement or local lockdown, he added.

Based on the scientists' projections, Macron told reporters that French people have to live with the COVID-19 at least until next summer.

"The question is how to live with the virus during this time? In the phase we are in, we have no other choice... That is to say to reduce our social life to the maximum, limit contacts and break its circulation," he said. 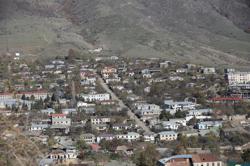 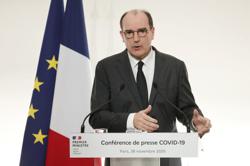