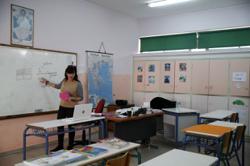 BRUSSELS, Oct. 22 (Xinhua) -- Soaring new infections on Thursday unveiled a gloomy landscape in Europe's grappling with the COVID-19 pandemic, prompting more governments to tighten restrictions to suppress the spread of the virus.

Both Germany and France, two heavyweights of the European Union (EU), saw their COVID-19 infections within one day hit new highs on Thursday, after Britain, Poland, the Netherlands, Austria, Croatia and Lithuania all reported on Wednesday new one-day records since the novel coronavirus outbreak.

Germany's Robert Koch Institute (RKI), the federal government agency for disease control and prevention, announced on Thursday that COVID-19 infections in the country increased by a record 11,287 within one day, pushing the total to 392,049.

"The situation overall has become very serious," said RKI President Lothar Wieler at a press conference. "At present, we still have a chance to slow down the further spread of the virus."

The death toll in Germany rose by 30 to 9,905 on Thursday, according to the RKI. Wieler stressed that it had to be assumed that there would be more serious cases and deaths caused by COVID-19 in Germany.

The situation in France is also worrisome. The country's Public Health Agency on Thursday evening reported 41,661 new COVID-19 infections in the last 24 hours, a new record after Saturday's 32,427. The cumulative total infections now stand at 999,043.

In Italy, the first European country hit by COVID-19, over 21.7 million people, making up over one-third of the country's population, have been placed under curfew amid a spike in new coronavirus infections, which numbered 13,860 on Thursday, officials said.

The second wave "is a reality in all of Europe," stressed Spanish Health Minister Salvador Illa recently, adding that the country's 17 autonomous regions were mulling curfews to prevent social mixing at night.

European nations have or will put in place more targeted and stricter measures -- among them more curfews.

French Prime Minister Jean Castex announced on Thursday that starting from Friday midnight, curfews from 9 p.m. to 6 a.m. will be extended to 38 more departments in France's mainland and an overseas territory, Polynesia. About 46 million of France's 67 million residents are now requested to stay indoors at night.

"If we fail to stop the pandemic, we will be facing a dire situation and we will have to envisage much tougher measures," Castex added.

As part of its strategy to combat the second wave epidemic, the government has ramped up testing capacity to 1.6 million tests per week without increasing delay to give results, said Health Minister Olivier Veran.

In Greece, Prime Minister Kyriakos Mitsotakis announced on Thursday additional stricter restrictive measures to combat the pandemic, as a new daily high of 882 cases was reported.

A curfew is imposed from 12:30 a.m. until 5:00 a.m. and the use of face masks will be mandatory everywhere indoors and outdoors in areas with heavy epidemiological load classified as level 3 alert and the maximum 4 on authorities' COVID-19 monitoring map, the Greek leader said.

As a second full nationwide lockdown like the one imposed in spring for over a month is not the government's choice, the supplementary targeted measures will be introduced as of Saturday morning as part of efforts to curb the spread of the virus, he said.

Similarly, British Prime Minister Boris Johnson reiterated his stand to avoid a national lockdown in fighting against the COVID-19 pandemic, saying his government will work hard to protect jobs and put the country in a better position for an economic recovery.

Johnson said the current restrictions are working and that virus reproduction number, known as the R number, is half its "natural rate." Another 21,242 people in Britain have tested positive for COVID-19, bringing the total number of coronavirus cases in the country to 810,467, according to official figures released Thursday.

Meanwhile, Ireland has been placed under a nationwide lockdown again starting from Thursday due to the resurgence of COVID-19 cases in the country.

Under what the Irish government calls a Level-5 or the highest response to the pandemic, all the people in the country are required to stay within 5 kilometers of home except those who have to go to workplace or school or who have to leave home for some other special purposes such as buying food and visiting pharmacies or hospitals.

In a video message posted on his Twitter account earlier in the day, Irish President Michael D Higgins urged the public to work together to fight the virus. "No one will be safe from the virus until every one of us is," he said.

While the world is struggling to contain the pandemic, countries including France, China, Russia, the United Kingdom and the United States are racing to find a vaccine.