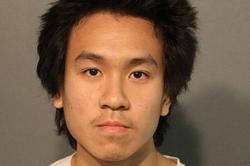 Yee, who was jailed twice in Singapore in 2015 and 2016 for wounding religious feelings, was granted asylum in the United States in 2017 and has been living in Chicago since then.

He allegedly exchanged nude photos and "thousands" of messages with a 14-year-old Texas girl while in Chicago, reported the Chicago Sun-Times daily newspaper.

Yee appeared at the Leighton Criminal Courthouse in Chicago on Friday for his bond hearing. His bail was set at US$1mil (RM4.16mil) and he has been banned from using the Internet while awaiting trial, it added.

If convicted, Yee's asylum status could be revoked and he could be deported.

According to the report, prosecutors had obtained messages Yee exchanged between April and July last year which included nude photos he asked for and received from the girl, as well as nude photos of himself that he sent to her.

They said that the girl repeatedly brought up her age, and Yee had told her to remove her age from her WhatsApp profile.

After their relationship soured, the girl reached out to a group called "interested in exposing pedophiles" and Homeland Security officials were notified, said the report, citing prosecutors.

The assistant public defender representing Yee described him as an “Internet troll” who says “fantastic things” online. The lawyer argued that comments he made online should be taken with scepticism.

She wrote that she had been first alerted to Yee's alleged activity anonymously more than a year ago, by an individual from the community of "MAP hunters (MAP = Minor-Attracted People)".

"I took the allegations seriously, responded and verified the accusations. After speaking with the young victim, I was broken. I vowed to do all I could to get her justice and remove him from society," she wrote.

Chen had assisted Yee in his political asylum application, but later called for him to be deported from the US over his championing of paedophilia.

When contacted on Friday, Sandra Grossman, who was Yee's pro bono attorney for his asylum application, said she could not comment on her former client due to attorney-client privilege.

Yee is next due in court on Nov 5.

Yee’s online postings landed him in trouble in Singapore five years ago.

Then a 16-year-old, he uploaded an obscene image and posted an expletive-laden video intending to hurt the feelings of Christians.

He was remanded for more than 50 days, including two weeks at the Institute of Mental Health for psychiatric examinations.

While out on bail, he repeatedly breached bail conditions and refused to speak to a probation officer.

In May 2015, he was convicted of harassment and insulting a religious group over comments he made about Christians and Singapore’s founding prime minister Lee Kuan Yew soon after Mr Lee’s death.

Ahead of his sentencing, 77 individuals signed an open letter in July 2015 where they urged the state to “discharge its prosecutorial function with caution, sensitivity and generosity”.

The letter, which was sent to Prime Minister Lee Hsien Loong, was signed by civil society activist Braema Mathi, playwright Alfian Sa’at and academic Cherian George, among others.

In the letter, Mathi, president of rights group Maruah, said: “As a population we need to learn how to cope with diverse views, because that is the nature of the world.”

In 2016, he was charged again with hate speech, having deliberately posted comments in online videos and blog posts that were derogatory of Christianity and Islam. He pleaded guilty and was sentenced to six weeks’ jail and fined $2,000.

In December that year, Yee left for the US a day before he was to report for a medical examination ahead of enlistment into National Service.

When he arrived in Chicago, he told the US authorities he was seeking political asylum and an Immigration Court judge in Illinois granted him asylum in March 2017.

Singapore’s Ministry of Home Affairs responded to the judge’s decision with a statement outlining the obscenity-laden quotes that Yee disseminated and got into trouble for, saying the US “allows such hate speech under the rubric of freedom of speech”.

The US Department of Homeland Security also contested the immigration judge’s decision, arguing that the judge had made errors of fact and law, and that the Singapore Government had legitimately prosecuted Yee.

But his asylum application was eventually granted in Sept 2017 after an immigration appeals board upheld his application, citing his fear of persecution.

Speaking to The Straits Times from Chicago then, Yee said he wanted to make more videos, expanding his horizons to include the US, and then move on to bigger projects. 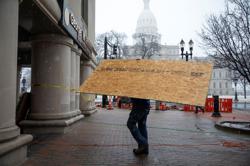 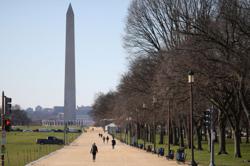