COPENHAGEN (Reuters) - Danish politicians held a confidential conference call this week with a person who turned out to be impersonating a leading Belarusian opposition politician, the Danish parliament said on Thursday.

Members of the Foreign Policy Committee unwittingly spoke with a person pretending to be Sviatlana Tsikhanouskaya for 40 minutes on Tuesday before the call was ended abruptly, parliament said in a statement on the matter.

It said that associates of Tsikhanouskaya, who fled to Lithuania shortly after a disputed Aug. 9 election in Belarus, have told Danish lawmakers she did not participate in any such meeting. The committee has ascertained the meeting was a spoof, the parliament said.

The deputy chairman of the committee, Michael Aastrup Jensen, said the meeting was envisaged as a videoconference, but that the impersonator had told the politicians she could not get her webcam to work, so it was held just with audio.

The impersonator's website had been traced to Russia, Aastrup Jensen told Reuters. The chairman of the committee, former Foreign Minister Martin Lidegaard, told Reuters it was unclear who was behind the hoax, but said there were indications of a Russian link.

"It could appear in a satire show in a Russian-speaking country, or it could be an awkward attempt at espionage or a bad joke. I dare not say," Lidegaard said.

Vovan, one of a duo of pranksters called Vovan and Lexus who are known in Russia for targeting celebrities and politicians with prank phone calls, told Reuters when asked about the "Tsikhanouskaya call": "It is possible we have something to do with this. There will be more details next week."

Ever since fleeing Belarus, Tsikanouskaya has met with European political leaders and called for the country's President Alexander Lukashenko to leave power. Lukashenko has denied opposition accusations that the August presidential vote was rigged to secure his re-election.

No confidential information was disclosed during the hoax meeting and measures have been taken to avoid similar incidents in the future, the Danish parliamentary statement said, without giving details.

(Reporting by Nikolaj Skydsgaard and Tim Barsoe in Copenhagen, and Gabrielle Tetrault-Farber in Moscow; Editing by Frances Kerry) 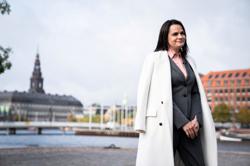 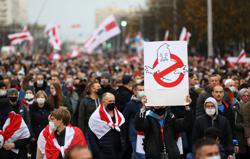