The incident, in which many migrants can be seen wearing face masks, followed a border stand-off as Guatemalan authorities tried to prevent them from entering by demanding proof that they did not have coronavirus.

The exodus occurred after months of economic chaos wrought by the coronavirus pandemic in Central America, and could draw the attention of U.S. President Donald Trump, who has made cracking down on illegal immigration a top priority.

"We want to pass peacefully, we don't want conflicts but we are determined to reach the United States," said a young man with a mask who identified himself as Alberto on the HCH television channel, before the migrants burst through.

"In Honduras there is nothing, there is no work and you cannot live," he added.

The pandemic has battered the economies of Central America, and killed more than 2,300 people in Honduras. 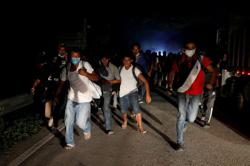 Honduras reports over 2,500 deaths from COVID-19 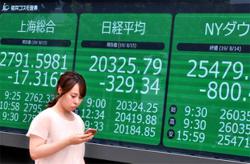