LUCKNOW, India (Reuters) - An Indian court on Wednesday acquitted Hindu nationalist leaders, including former deputy prime minister Lal Krishna Advani, in a case over the demolition of a mosque at a disputed site 28 years ago, citing a lack of evidence.

The demolition sparked nationwide riots that killed more than 3,000 people in a decades-long dispute that has fuelled Hindu-Muslim tension, as the ruling Bharatiya Janata Party's campaign for Hindu renaissance helped bring it to power.

Handing down its verdict after a lengthy legal battle, the court said there was not enough evidence to directly tie any of the accused to the violence, defence lawyer Manish Kumar Tripathi said.

"The court did not accept the evidence, it was not strong enough," Tripathi told reporters at the courthouse.

Advani, who was then BJP chief, was among 32 people accused of criminal conspiracy and inciting a mob to tear down the 16th-century Babri mosque in the northern town of Ayodhya in 1992.

The mosque stood on a site revered by devout Hindus as the birthplace of the god-king Ram.

The court pinned the blame on miscreants mingled among the crowd instead, adding that leaders such as Advani and Murli Manohar Joshi, another former cabinet minister, had tried to keep the mob from turning violent.

Last month, Prime Minister Narendra Modi laid the foundation stone for a Hindu temple to be built at the site, after the Supreme Court paved the way last year, in a decision that also ordered land to be allotted further away for a mosque.

The court had ignored all the evidence in Wednesday's case, said Zafaryab Jilani, a lawyer for the All India Muslim Personal Law Board, adding that it planned to appeal to the high court against the decision.

"We will seek remedy," he added.

(The story corrects to drop extraneous word in paragraph 8) 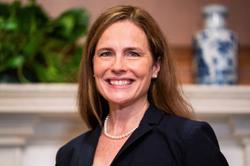