By Unreguser and Yuan Liang 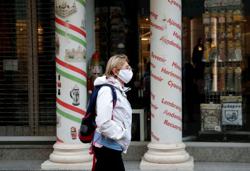 The 8.2-billion-Hungarian-forint (26.3 million U.S. dollars) plant will be built in Ullo on the outskirts of the capital, with a two-billion-forint government grant, according to Szijjarto.

"The investment will create 1,000 jobs and introduce advanced technological solutions. Production at the plant could start in early 2021," the minister said, adding that the investment would accelerate industrial production based on development, meaning it offers great opportunities for the Hungarian economy and Hungarian engineers.