The airport has worked closely with the Beijing Hongyuan Group to open direct cargo flights to major Chinese cities such as Shanghai in East China, Shijiazhuang in North China and Nanchang in South China. The group had been conducting test flights at Ostend-Bruges airport since early August.

"This is a new landmark event in China-Belgium aviation logistics cooperation and will promote the further interconnection of the 'Air Silk Road' between the two countries," said Cao Zhongming, Chinese ambassador to Belgium.

"At present, COVID-19 is still spreading globally, the world economy is sluggish, and unilateralism and protectionism are on the rise. Countries including China and Belgium need to deepen cooperation, support each other and inject more impetus into jointly fighting the epidemic, restoring the world economy, and upholding the multilateral world order," Cao said.

Carl Decaluwe, governor of the Belgian province of West Flanders, where the airport is located, echoed the ambassador's warm words: "We have a special bond with China going back centuries. We welcome all companies and hope to bridge the gap between China and Europe."

"It is clear that the Chinese market and its stakeholders have discovered the possibilities in Ostend, especially with the proximity of the seaports of Ostend and Zeebrugge," said Marcel Buelens, chief executive officer (CEO) of Antwerp and Ostend-Bruges Airports.

Ostend-Bruges International Airport is ideally located to serve as the gateway to what is considered the most prosperous part of Europe. This affluent area entails the industrial and consumer centers of the Benelux states, Paris and northern France, Germany's Ruhr area, and the London region in Britain. 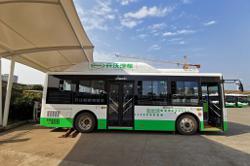