The pandemic in Iran, the hardest-hit country in the Middle East, has so far claimed 23,808 lives, up by 176 in the past 24 hours. The total number of recoveries climbed to 353,848, while 3,848 patients remain in the intensive care units.

Iraq's Health Ministry on Thursday reported 4,326 new COVID-19 cases, raising the total nationwide infections to 307,385, while the death toll rose by 84 to 8,332. Meanwhile, 3,859 more patients recovered from the disease, bringing the total number of recoveries to 241,100.

The World Health Organization (WHO) representative in Iraq Adham Ismail said the organization will continue its coordination with Iraqi authorities to contain the COVID-19 spread, adding the WHO will hold a major awareness campaign at the end of September in the holy Shiite city of Karbala, some 110 km south of the capital Baghdad.

Palestine reported 966 new COVID-19 cases, raising the total number of infections in the Palestinian territories to 43,345, while the death toll rose by two to 278.

Palestinian government spokesman Ibrahim Milhem said in a statement that punishment will be intensified on any violation of the anti-virus measures, adding a full lockdown on the West Bank will be reimposed to curb the pandemic's spread.

The Kuwaiti Ministry of Health announced that it will open a new drive-through PCR testing station, the third of its kind in the Arab country, to expand the country's COVID-19 testing capacity.

The station, which will be launched on Sept. 20 in Sabhan Area, could test up to 1,000 people per day. It is part of the ministry's efforts to conduct as many tests as possible to curb the spread of the coronavirus.

Lebanon's total number of COVID-19 infections increased on Thursday by 685 to 26,768, while the death toll went up by four to 263, the Lebanese Health Ministry said.

Charaf Abou Charaf, head of the Lebanese Order of Physicians, warned that the COVID-19 situation in Lebanon may become worse, calling for providing better equipment for the hospitals fighting against the virus.

The United Arab Emirates (UAE) on Thursday announced 786 new COVID-19 cases, bringing the total confirmed cases in the country to 82,568.

At the same time, 661 more patients recovered from the virus, taking the tally of recoveries in the UAE to 72,117, while the death toll remained unchanged at 402.

In Qatar, the health ministry announced 244 new COVID-19 infections, raising the total confirmed cases in the Gulf state to 122,693. The tally of recoveries surged to 119,613 with the addition of 213 new recoveries, while the death toll remained at 208 for the third day in a row.

The total recoveries in Oman rose to 84,648 after 285 people recovered during the past 24 hours, while the overall deaths from the virus climbed by 13 to 818.

Jordan on Thursday reported 279 new coronavirus cases, including 270 local infections, raising the total infections to 4,131. This is the highest daily infections in the country so far.

Jordan issued a new law banning wedding parties and social gatherings of more than 20 people to contain the rise in COVID-19 infections. Anyone who holds a gathering in violation of the ban would face imprisonment or a fine, or both.

Also on Thursday, the Jordanian government decided to end the institutional quarantine for airport arrivals and will enforce a seven-day home quarantine instead starting Sept. 23. 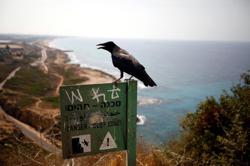